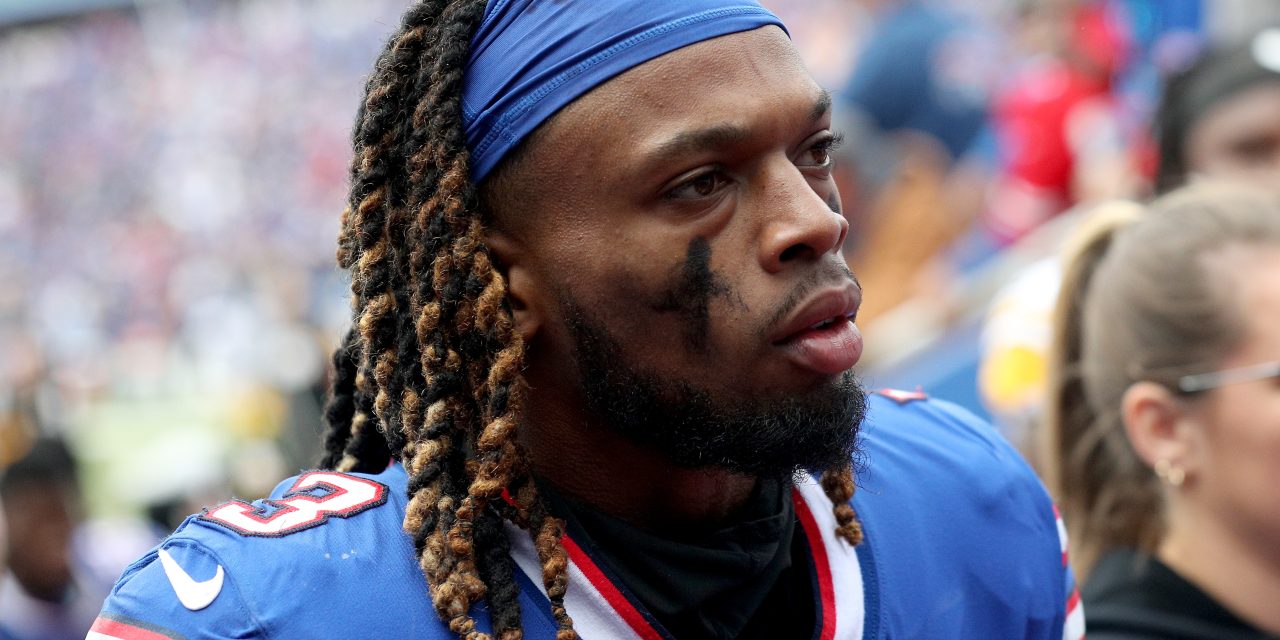 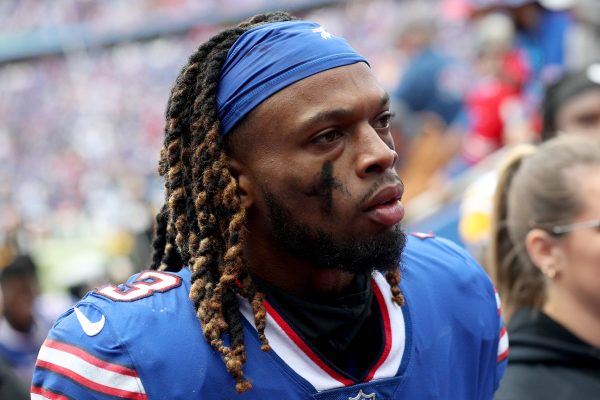 Bills safety Damar Hamlin is in critical condition at a Cincinnati hospital after going into cardiac arrest. We go into his story, his background and his NFL journey.

Buffalo Bills safety Damar Hamlin is in critical condition at a Cincinnati hospital after going into cardiac arrest during his team’s game against the Bengals on Monday night.

The on-site medical staff immediately attended to Hamlin, who required CPR on the field. His heartbeat was restored. An ambulance then transported Hamlin to UC Medical Center where he was sedated to undergo further tests and continue treatment.

Following the incident, Bills and Bengals players left the field — many of them overwhelmed with emotion. The NFL postponed the game later Monday evening and the Bills flew back to Buffalo, arriving early Tuesday morning.

Here is some background on Hamlin, a 24-year-old in his second season with Buffalo.

Where did he grow up?

Hamlin recently discussed the importance of his family, including his younger brother, Damir, and parents, Mario and Nina.

“I’m big on my family unit. My mom, my dad, my little brother — that’s pretty much my whole world. …. Any other thing going on in my life revolves around them,” Hamlin told Bills team reporter Maddy Glab in December. “I don’t really do too much without my mom and dad’s opinion, whether I take it or whether I don’t. But I just want to hear it. That’s just how I was raised.”

Hamlin and his family dealt with a tremendous amount of adversity in McKees Rocks. To learn more about their story, read this from the Democrat and Chronicle.

How can you show support to his family?

Hamlin has a charity, and in the wake of his collapse on the field, his family and representatives have encouraged people to contribute to his community toy drive, which has raised more than $4 million at the time of publication.

“This campaign gives you the opportunity to contribute to our first initiative and positively impact children who have been hardest-hit by the pandemic. 100% of the funds raised will go toward the purchase of toys for kids in need,” reads a statement on the Go Fund Me page.

Where did he go to college?

Hamlin attended the University of Pittsburgh, where he earned his bachelor’s degree in communication and pursued a second major in sociology.

Hamlin enrolled at Pitt in 2016 and played 13 games over his first two seasons with the Panthers. Injuries kept him off the field. During his freshman year, he underwent three different surgeries.

In 2018, his breakout season, he started all 14 games at safety. He recorded a team-high 90 tackles and tied the team high for interceptions with two. He remained a key player on the defense through 2020 when he again logged the most tackles on the team (67) and added two more interceptions with seven pass breakups.

He was a second-team All-ACC performer as a senior, was voted a team captain and picked to play in the Senior Bowl.

He attracted the interest of the Bills during the pre-draft process despite the team already having Pro Bowl safeties in Micah Hyde and Jordan Poyer.

“Me and my family, we all seen it as the perfect opportunity to [land with the Bills],” Hamlin said. “To be able to come in and learn — because some rookies have the pressure of having to get out there right away, and they might burn their wick short because they might not be ready for their moment — so it’s like … to be able to have the opportunity to sit behind two All-Pro safeties, learn the system, see what they do well and see why they do it well, I’ve seen it as something that can propel me even further than where I could’ve seen myself going.”

Buffalo drafted Hamlin in the sixth round in 2021. And while it’s no sure thing that late-round picks make the roster, he spent his rookie season working on special teams and occasionally getting onto the field for defensive snaps.

This season, Hyde suffered a neck injury in Week 2, which elevated Hamlin into a starting role. He has played 86% of the team’s defensive snaps and has 91 tackles, second-most on the team, and 1.5 sacks, two pass breakups and one forced fumble.

Hamlin has been a natural fit on the Bills’ top unit.

“My main focus going into a game is trusting my instincts,” Hamlin said in December. “I watch film all week. I got my reps in practice all week. I’ve seen it. I know what’s coming. And that’s my style of play. I like to play chess. I use my instinct to make plays and be in the right spot, so that’s my focus. I’m using my instincts to try to play free.”

He loves fashion and started his own clothing brand

During his freshman year at Pitt, Hamlin grew discouraged by injuries and surgeries and felt like he might not have a future in football.

So, he began to pursue other passions, which included fashion. That’s when he started his own clothing brand: Chasin M.

“Things turned around, and I just kept it going as far as the clothing, so it’s something that just takes me away from the game,” Hamlin said. “You know how the game gives you that happy place on the field? [My clothing brand] is something else that just let’s me detox from football, but also takes me to that happy place to where I’m still focused and still locked in.” 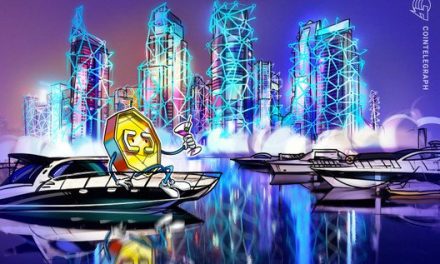 UAE Can Save Over $3B by Deploying Blockchain, New Research Reveals 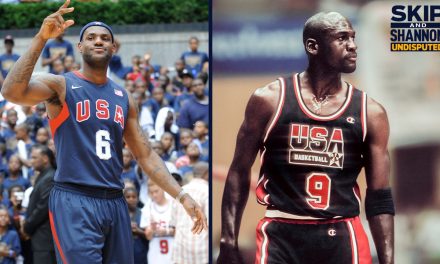 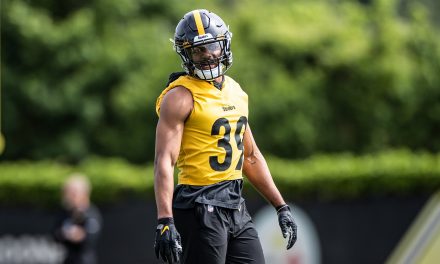