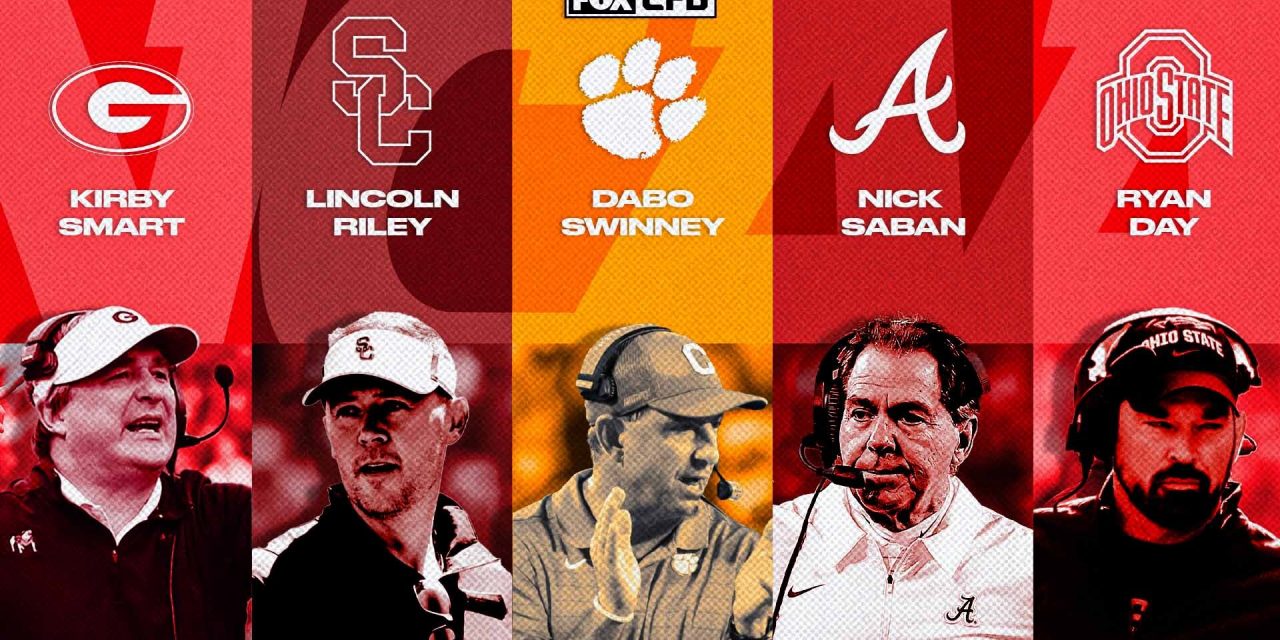 , The coaches keep the wheels in motion. Which leading man will have the most success this upcoming season?,

The 2022-23 college football season is inching closer, but it’s never too early to look.

We recently took a look at the premier breakout candidates for the 2022 season. Now we’re determining who the sport’s best head coach will be.

Let’s dive into the candidates.

Saban and the Crimson Tide have dominated college football in recent memory. The head coach is 178-25 (103-16 in SEC play) across his 15 seasons at Alabama. Under Saban, the Crimson Tide have accumulated six National Championships, eight SEC titles and seven College Football Playoff appearances (the CFP has been in existence for eight seasons). Saban has won AP Coach of the Year twice and SEC Coach of the Year five times, while tallying two undefeated seasons and six one-loss seasons.

Alabama is coming off a 13-2 campaign that saw it win the SEC but lose to Georgia in the CFP title game. That said, the Tide are returning 2021 Heisman winner Bryce Young at quarterback and linebacker Will Anderson, who had a nation-best 17.5 sacks last season. Alabama will be back in the mix, meaning Saban could be staring at national title No. 8.

Smart, a Saban protégé, took down his mentor in the national title game last season, after falling to Alabama in the SEC Championship. Since leaving Alabama to take over the Bulldogs program in 2016, Smart has put together a 66-15 overall record, including a 40-19 mark in SEC play. He has overseen two CFP berths, and last year, the two-time SEC Coach of the Year saw his program UGA finish the season ranked No. 1 in the land for the first time.

Will Smart and Georgia be able to rival the success of last season this upcoming season? It could be difficult considering nine Bulldogs were drafted in the first three rounds of the 2022 NFL Draft, including five in the first round.

After Saban, no coach has had as much success as Swinney, who is 150-36 in 14 seasons at Clemson (91-19 in the ACC). The Tigers have won 10 or more games in 11 straight seasons. Under Swinney, Clemson has six CFP berths in eight seasons and two CFP national titles, including a perfect 15-0 season in 2018. He also owns seven ACC titles, two ACC Coach of the Year awards and an AP College Football Coach of the Year award.

The Tigers went 10-3 last season, their first three-loss season since 2014. Can Swinney right the ship with DJ Uiagalelei in his second year starting?

The Buckeyes have been a potent force under Day, who won Big Ten Coach of the Year in his first season (2019). In that season, Ohio State made the College Football Playoff and followed it up with an appearance in the National Championship Game the following season.

On the whole, under Day, Ohio State is 34-4 overall (23-1 in Big Ten play) and has won two Big Ten titles. Furthermore, the Buckeyes were able to make a seamless transition at quarterback from Justin Fields to C.J. Stroud, who threw for 573 yards in the Rose Bowl, last season. Could this be the year Day finally breaks through and wins his first title as a coach?

Riley is the wild card among this group, simply because he’s in his first year at USC, having left Oklahoma after five seasons, highlighted by four Big 12 titles, three CFP berths and one Big 12 Coach of the Year honor. Riley was 55-10 while guiding the Sooners, and went 37-7 in-conference. He now inherits a Trojans program that’s gone 22-21 over the last four years, including a 4-8 campaign last season.

Riley brings with him major starpower, however, highlighted by former Oklahoma quarterback Caleb Williams and All-American wide receiver Jordan Addison, a transfer from Pittsburgh. Can Riley make USC — soon to be in the Big Ten — relevant again?

Why Steelers’ George Pickens could be NFL’s best rookie WR 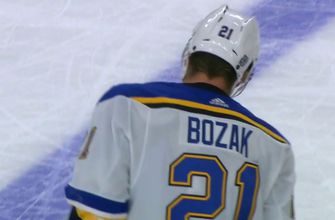 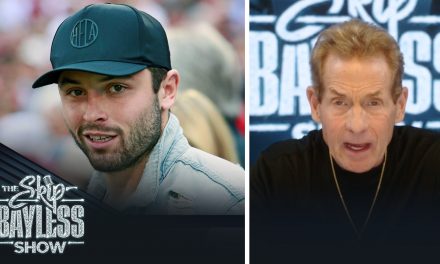 Baker Mayfield is the most unfairly criticized athlete ever says Skip | The Skip Bayless Show, 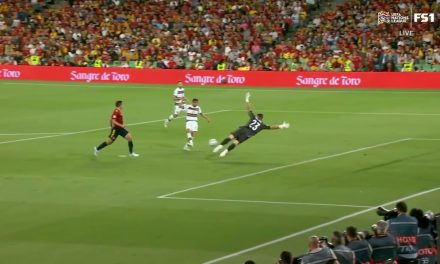 Ricardo Horta pulls Portugal into a 1-1 tie with Spain,