Why Drinkwitz wanted an OC and why he picked Kirby Moore 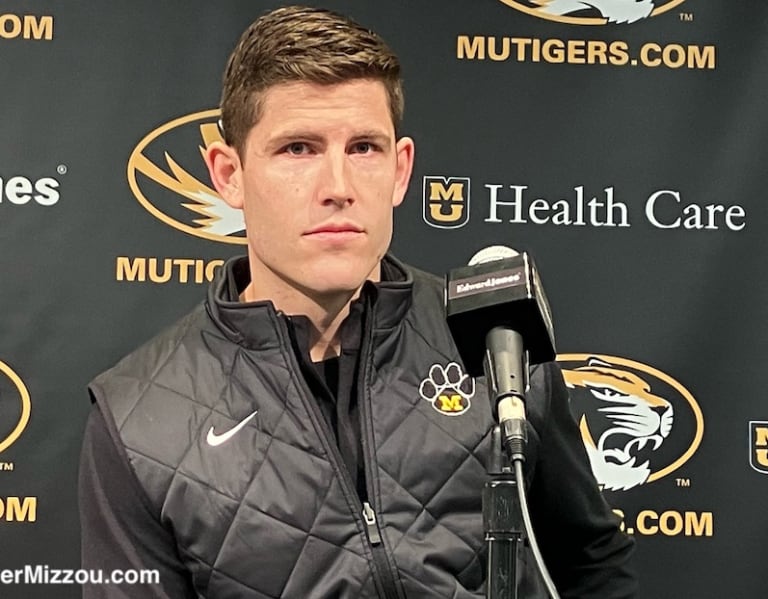 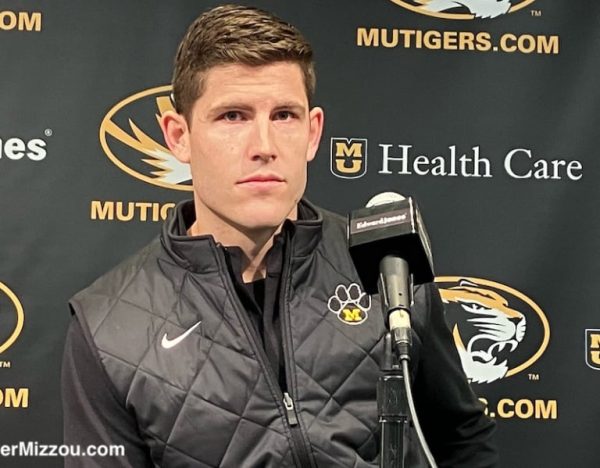 Immediately, there were two things that you could notice about Drinkwitz from the onset of the press conference ? relief and optimism.

Drinkwitz has simultaneously been the team’s offensive coordinator and head coach since he first arrived in Columbia in 2020, and while things started out promisingly, the offense has progressively declined in the last two seasons.

“I felt like last year we did a really good job on the defensive side of the ball strengthening that side of the ball and improving,” Drinkwitz said. “Then going back and evaluating what we were doing offensively, it became very clear to me that the requirements of the head coach were causing me not to have full focus on the offense. I needed to hire somebody who could come in and understand the vision we have for offensive football, the vision we have for our program and score some more points.”

That somebody was Moore, who played wide receiver at Boise State (2009-2013), and comes over from Fresno State where he spent the last six seasons. In his first five seasons, he was the passing game coordinator and wide receivers coach before transitioning to quarterbacks coach, offensive coordinator and play calling duties.

Drinkwitz said Moore’s arrival leaves him to devote the extra time he’d use on the offense handling his responsibilities of being a head coach that stretch a bit outside of the gridiron.

“I’ll recruit, raise money for NIL and oversee the relational aspect,” Drinkwitz said. “In 2019 and 2020, when I first was here, recruiting was about recruiting prospective student-athletes and you’re only signing 25 (players). Now, you have to recruit everybody in your building. You’ve go to recruit coaches, players, boosters and fans. So, that’s a large majority of my time as far as specifically in the last two years and I think that’s everybody’s feeling right now.”

In 2021, the Tigers’ defense was what held the Tigers back as they went 6-7 that year. In 2022, Mizzou had a top-35 defense under new defensive coordinator Blake Baker and it was the main reason why the team finished 6-7. Drinkwitz realized the tables turned and that the offense has become the problem.

“I ask our guys all of the time to embrace your role and put the team first,” Drinkwitz said. “At the end of the day, that’s what I need to do to help our team be successful. I was adamant that I wasn’t going to do it unless I found somebody who could do it better than me.”

“How he paints the picture, that’s going to be up to him and his vision for the offense.”

Drinkwitz said that he interviewed Moore via Zoom a couple of times before having an in-person interview on New Year’s Day and that the little things about Moore are what caught his attention.

“I think the first thing about Kirby is his attention to detail and his organization,” Drinkwitz said. “Honestly, the thing that I really evaluate about coaches is their urgency. You can tell somebody who is quick to answer a phone call and quick to return texts and that’s Kirby. He has a great history of coaching when it comes to his mentors. His dad was a longtime high school football coach who was very successful. He’s been around some of the best in the business and was trained by (Fresno State) coach (Jeff) Tedford and (Washington) coach (Kalen) DeBoer. I spoke at length with coach DeBoer and I felt like this was the right decision.”

Moore’s spread offense isn’t too far off from what the Tigers currently run, but much like last season when the Tigers transitioned from Steve Wilks’ version of the 4-2-5 defense to Baker’s version of the defense, Drinkwitz said he had his questions about how he and Moore can mesh their concepts together.

Will he be more like Baker and learn Missouri’s offense and then put his own spin on things? Or will Moore want to start from scratch and teach the players to learn his system?

“We’ve had a lot of discussions and for us and it’s preference over performance and we’re going to do what’s best to help our performance,” Drinkwitz said. “We’re going to take a look over the next seven to 10 days to see what he can assimilate and what he feels he can take off our current players. We’re going to give him the ingredients and he’s going to cook the meal.

“We’ll figure out how we call the two-by-two formation that we called last year and how we motion and how we shift ? that gives our guys that leg up this spring. How he’s teaching the route concepts, and more importantly, as an artist, how he paints the picture that’s going to be up to him and his vision for the offense.”

How do Moore and Missouri fit together?

It was expected when and if Drinkwitz hired an offensive coordinator it would likely be a person whose scheme is similar to what they’re already running in Columbia. Drinkwitz had said during the season he’d be open to adding an offensive coordinator once the Tigers’ season ended and for weeks 11-13, former quarterbacks coach Bush Hamdan got to “audition” for the role when he took over playcalling duties.

In the Tigers’ first nine regular season games and in the Gasparilla Bowl game loss, the team averaged 22.5 points per game when Drinkwitz was the main play caller while the team averaged 32.67 points per game when it was Hamdan. However, Drinkwitz said he wasn’t set on hiring an offensive coordinator during the season and wanted to wait until the season ended and he could remove his emotions from it to hire someone. Hamdan would not coach in the Gasparilla Bowl, as he had taken the offensive coordinator job at Boise State a week before the game.

“I was very adamant with our coaching staff and with everybody that I was not going to make any firm decisions until after the bowl game,” Drinkwitz said. “I felt like I needed to have that chance to step away from the emotion of the season, and really try to figure out exactly what we needed to do moving forward.”

Moore said the offense that he ran at Fresno State isn’t too different and emphasized being on the attack offensively.

“There’s a lot of similarities. We talked about this throughout the process, and in terms of offensive football, coach Drinkwitz references rhythm, execution and attack,” Moore said. “For me, there are a lot of various rhythms and I probably use the word tempo a little bit more. So, that’s something that will be a big part of the offense. In terms of my mindset as an offensive coordinator ? it’s they have to defend us.”

Before the start of the 2022 season, Drinkwitz said that Mizzou played conservatively in 2021 and relied heavily on former All-American running back Tyler Badie, but that in 2022 he wanted the team to make more shots and be more aggressive. The Tigers were probably a bit more aggressive than they were in 2021, but with the struggles of the offensive line, injuries and other things, the team wasn’t too successful when it came to chunk plays through the air.

Drinkwitz and Moore both seem to be on the same page about pushing the ball downfield, but Moore emphasized that he wants to work to the strengths of the players instead of asking the players to do things they aren’t capable of doing consistently.

“I think for offensive football, first, it’s got to fit our personnel,” Moore said. “So, that’s one thing, coach Drink, myself and the offensive staff have to dive into. It’s figuring out what our guys do well and then doing that over and over. I don’t think you can just say hey our offense is this. I think it comes back to what fits our quarterback, running back, offensive line, and then at the end of the day it comes back to taking care of the ball, being explosive and we’ve got to score more.”

Even though the Tigers are entering the fourth season of the Drinkwitz era, the offense’s decline in production and the team finishing the last three regular seasons with .500 records followed by back-to-back bowl losses, Moore said he doesn’t feel like there is any more pressure on him to succeed than there is any other year.

“I think there’s pressure anywhere you go in terms of football and winning,” Moore said. “I’m just really excited for the opportunity to be here and compete against some of the best teams across college football and I look forward to working with our offensive staff.”

For months we’ve known what the Tigers needed. Drinkwitz addressed that need. Now, all that’s left is to see what will change in the Tigers’ offense and whether it will lead to results.

That answer starts to come in about seven weeks. Spring football begins in early March. 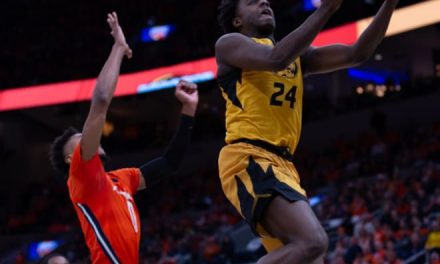