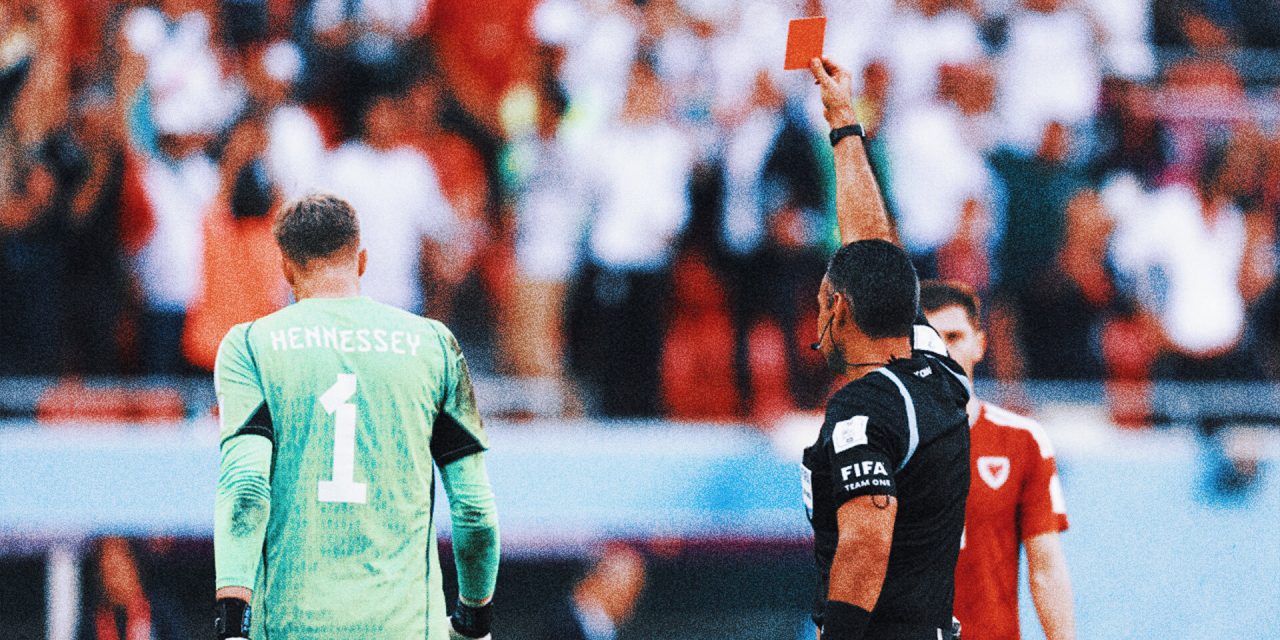 , Initially ruled just a yellow card, Wayne Hennessey’s collision with Iran’s Mehdi Taremi was changed to a red card — and that made the difference.,

AL RAYYAN, Qatar — For 86 minutes Friday, Iran thoroughly outplayed Wales with absolutely nothing to show for it. They were sharper. They were more dangerous. They sent four shots on target — not including the two posts they hit in the second half — and 19 overall, yet they couldn’t manage to get the goal they so deserved.

Then a moment of madness by Welsh keeper Wayne Hennessey changed everything:

Wales’ Wayne Hennessey receives a red card after a nasty out-of-the-box collision with Iran’s Mehdi Taremi in the 86nd minute.

Iran was playing for pride as much as anything else after its humiliating 6-2 loss to Group B favorite England to open the tournament. For a country that has never reached the knockout stage in five previous World Cup appearances, Iran appeared destined to go home early again.

But in the 86th minute of a scoreless match, Hennessey raced way out of his box to try to thwart a counterattack led by Team Melli’s Mehdi Taremi. Hennessey got there late and crashed into Taremi instead. Guatemalan referee Mario Escobar flashed a yellow card; with a Wales defender tracking back, in real time the professional foul didn’t appear to warrant anything more than a caution.

That’s were the video assistant referee came in.

Replays showed Hennessey flying leg had recklessly caught Taremi in the face. His knee slammed against the forward’s jaw. VAR asked Escobar to take a second look; with the benefit of slow-motion, there was no doubt that it was a reckless, violent play by the Nottingham Forest backstop.

It was clear Wales would be reduced to 10 men even before Escobar signaled the cancellation of the caution and brandished the red card instead.

With nine minutes of stoppage time awarded in part because of the delay, Iran had time to seal all three points. Wave after wave of attack came to nothing, though as Wales held on for dear life. The Welsh even had a couple of half-chances to win it themselves as Iran threw just about every player on the field forward in desperate search of the winner.

With the clock ticking steadily toward the 99th minute, it looked as though it would end 0-0. But with about 90 seconds remaining, substitute Roozbeh Cheshmi took a long shot from outside the box beat Wales backup and settled inside the far post.

It was no less than Iran deserved.

In the late stages of the game, Wales goalkeeper Wayne Hennessey received a red card after colliding with a player. Iran capitalized with goals by Roozbeh Cheshmi and Ramin Rezaeian in stoppage time.

The dramatic win temporarily lifted Iran, whose players and coaches have understandably been distracted by the anti-government protests and the autocratic regime’s violent crackdown against them roiling their country back home.

But this was a win for the players, some of whom have been openly critical of the country’s leadership at great personal risk to themselves, as well as for the Iranian diaspora around the world.

With three points, Iran now sits second behind England on goal difference atop the group, at least temporarily.

The Three Lions will face the United States later Friday in one of the marquee games of the first round. Iran, which famously beat the U.S. in 1998 in the political rivals’ only previous meeting on the global stage, faces the Americans on Tuesday to close out Group B play.

The “FIFA World Cup Now” crew takes a look at the Group B standings following Iran’s victory over Wales. The United States controls its own destiny with a win or tie against England.

Another win would be enough for Iran to advance and make history, no matter the result of the England-Wales match that kicks off at the same time.

That’s a story for another day, though.

Until at least tomorrow Iran coach Carlos Queiroz and his players will no doubt be focused on enjoying Friday’s triumph – one that might not have happened without Hennessey’s match altering sending-off. 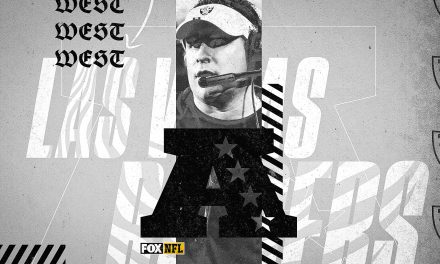 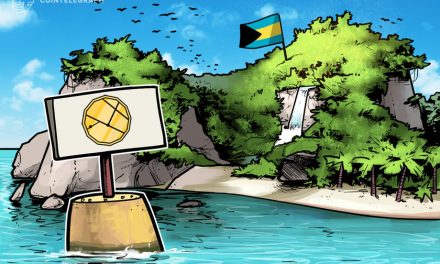 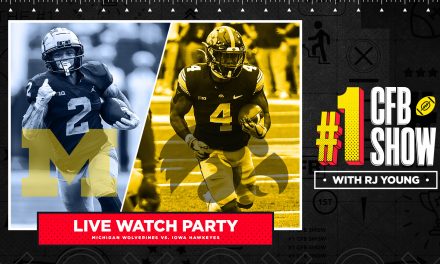 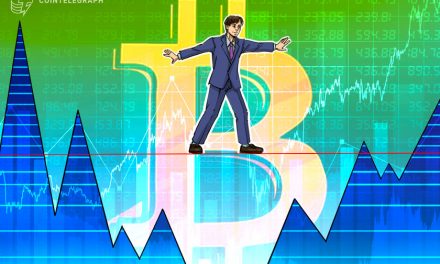 Bitcoin traders expect sharp volatility, here’s how to profit from it